Andrea Roberto, 23, was born in Italy, and began studying guitar at age 4. At 9 years old, he was admitted to the U. Giordano Conservatory of Music under the tutelage of guitarist Sandro Torlontano and attained his bachelor's degree with honors at the age of 14. Roberto continued his studies with Aniello Desiderio at the Koblenz International Guitar Academy in Germany, and he completed them at the Conservatorium of Music of Maastricht in the Netherlands under the mentorship of Carlo Marchione. 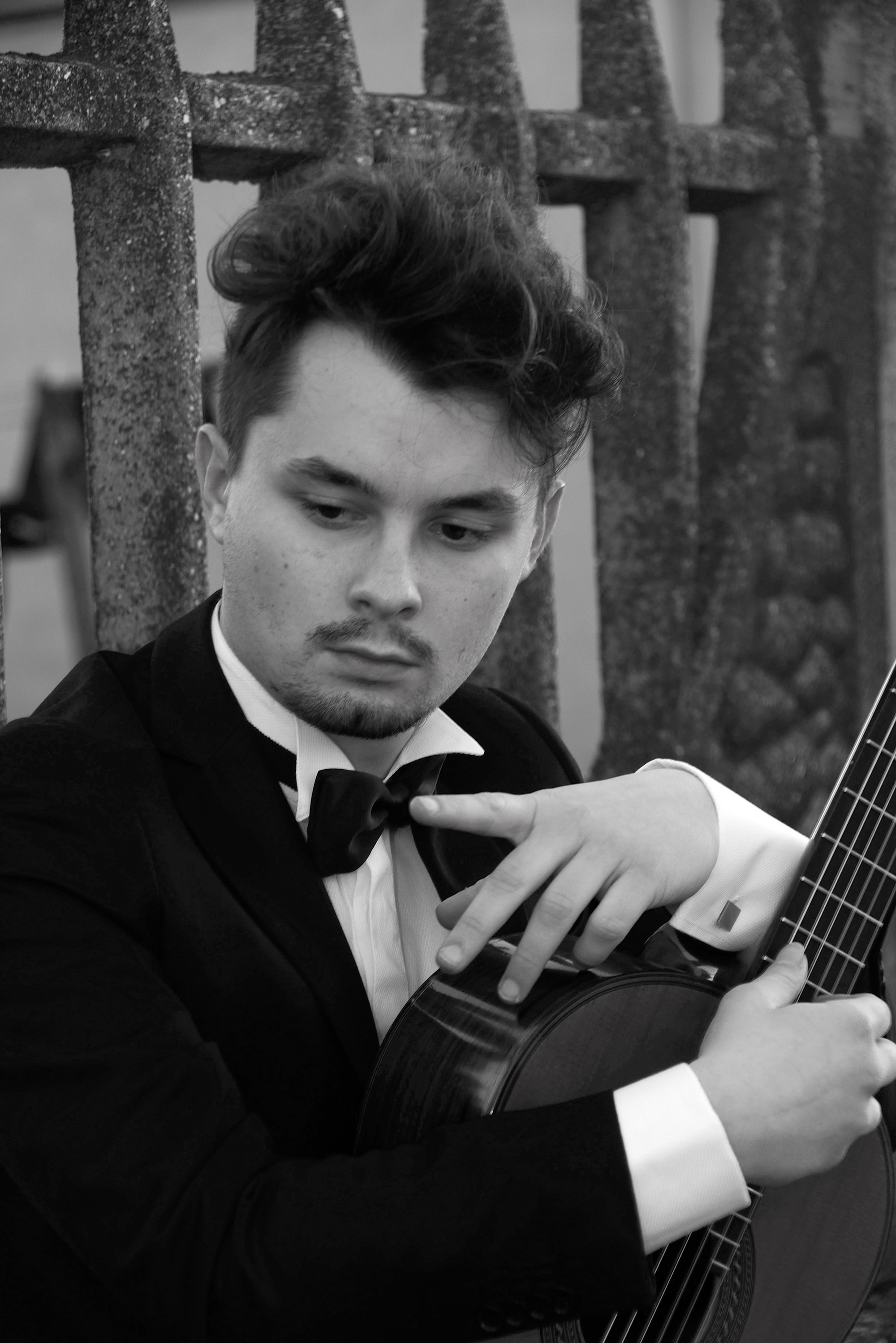