Marko Topchii, 28, was born in Kyiv, Ukraine, to a musical family. He started playing the guitar with Volodymyr Homenyuk when he was 4 and studied at the Kharkiv Conservatory under Volodymyr Dotsenko, an Honored Artist of Ukraine. At the age of 21, he continued his studies with a three-year postgraduate program at the Kyiv Tchaikovsky Music Academy with Yuri Aleksik, an Honored Artist of Ukraine. In 2018 Topchii joined the professional studies program at the San Francisco Conservatory in the class of Judicaёl Perroy.

Topchii has won more than 100 awards worldwide in international classical guitar competitions in the professional category, among them 42 1st places. Topchii has performed at Carnegie Hall, the Salle Cortot in Paris, Yamaha Ginza Hall in Tokyo, and Tchaikovsky Hall in Moscow. He often performs with orchestras, having performed more than 10 concertos for guitar and orchestra. He is sponsored by the D'Addario Strings company. In 2016 he recorded two CDs—for Fleur de Son Classics and Contrastes Records. Last year Topchii recorded a CD with Naxos Records as the winner of the Michele Pittaluga International Classical Guitar Competition. Topchii was also a competitor in the 2015 and 2012 Parkening International Guitar Competitions. 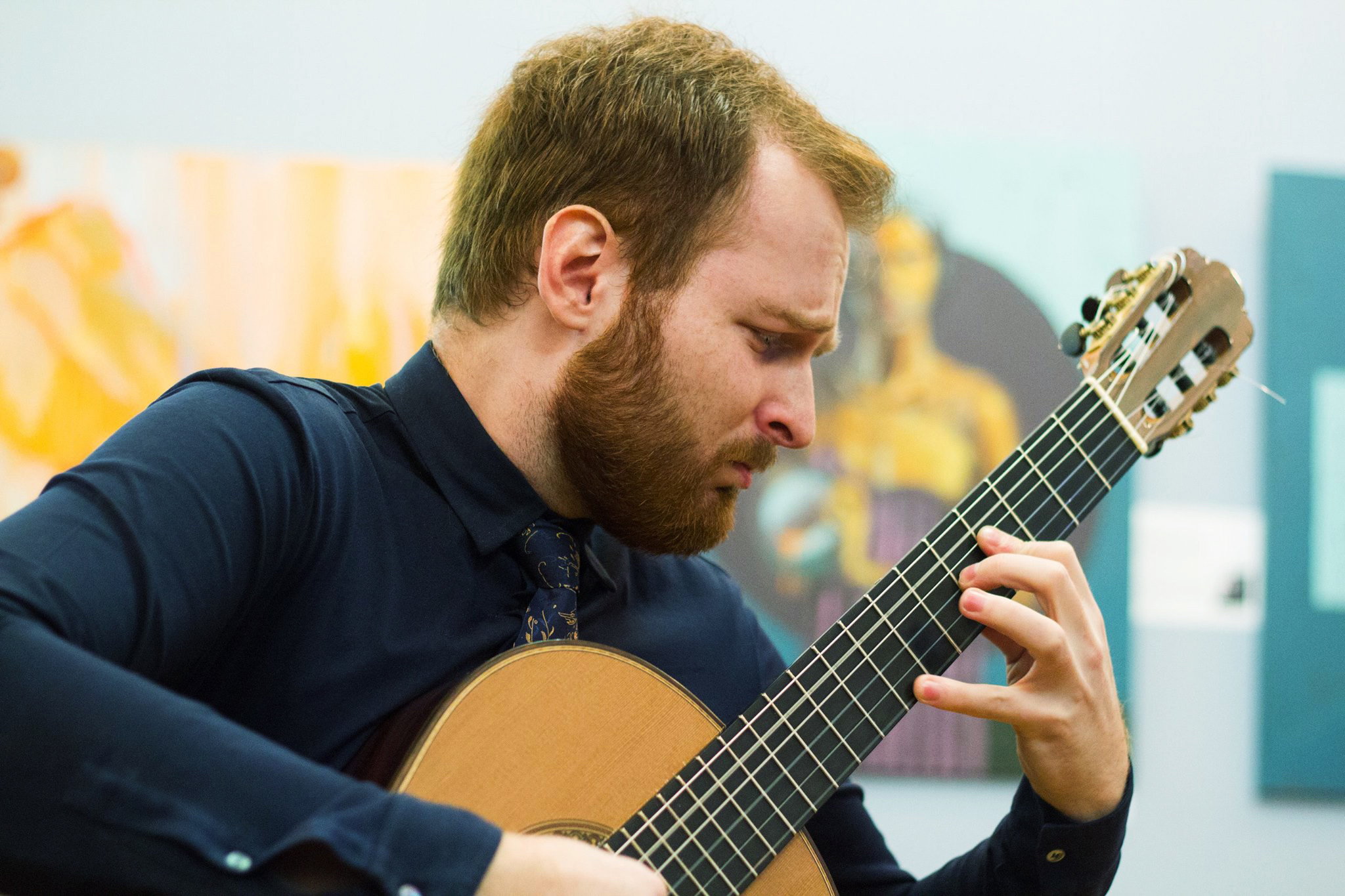