Miguel Checa Paz, 21, is from Spain. Checa Paz began his musical studies at the age of 9 in the Integrated Centre of Musical Education, obtaining the highest qualifications under the mentorship of Pablo Rioja. From a very young age, Paz stood out due to his innate musical abilities, which enabled him to take part in several Spanish television programs, such as El Club del Pizzicato, and to perform recitals in many Spanish towns. In addition, he has received awards in numerous guitar competitions held in his homeland, such as the Antonio Torres award at the XII Julián Arcas International Classical Guitar Competition, the Special Young Promise award at the II International Guitar Festival "Ciutat de Xixona," 1st prize in the junior category in the interpretation competition in the Ángel Iglesias International Children's and Youth Guitar Contest, and 1st prize at the third level of the Juan Cristónomo de Arriaga Guitar Competition.

He began his higher education in the Music School of Zaragoza (Conservatorio de Música de Aragón) with Pedro Mateo and Alex Garrobe. He is currently continuing his studies in the Conservatori Superior de les Illes Balears. He has received master classes from Zoran Dukic, Johan Fostier, Ricardo Gallén, Carlo Marchione, Iliana Matos, and Thomas Müller-Pering, among others. 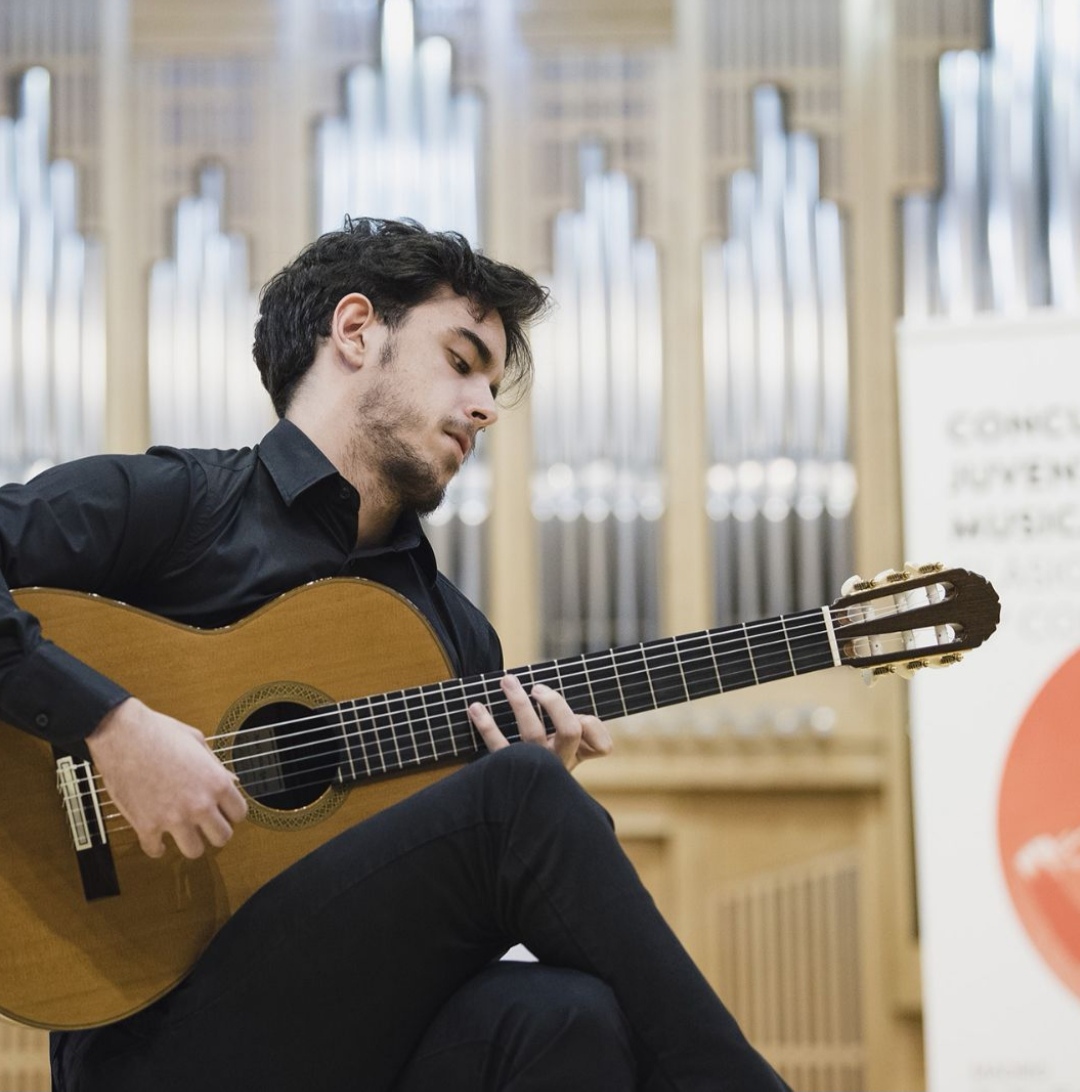