Riccardo Calogiuri, 29, started studying the guitar at age 5 with Gabriella Lubello at the Scuola Superiore di Musica Harmonium di Cavallino in his native Italy. In 2008 he graduated with honors from the N. Piccinni Conservatory of Music in Bari, Italy. During the summers of 2005 through 2008 he attended several master classes with Oscar Ghiglia at the Accademia Musicale Chigiana in Siena, Italy. In 2012 he finished his postgraduate studies in Bari, and in 2015 he continued his studies in Lugano, Switzerland, with Lorenzo Micheli. 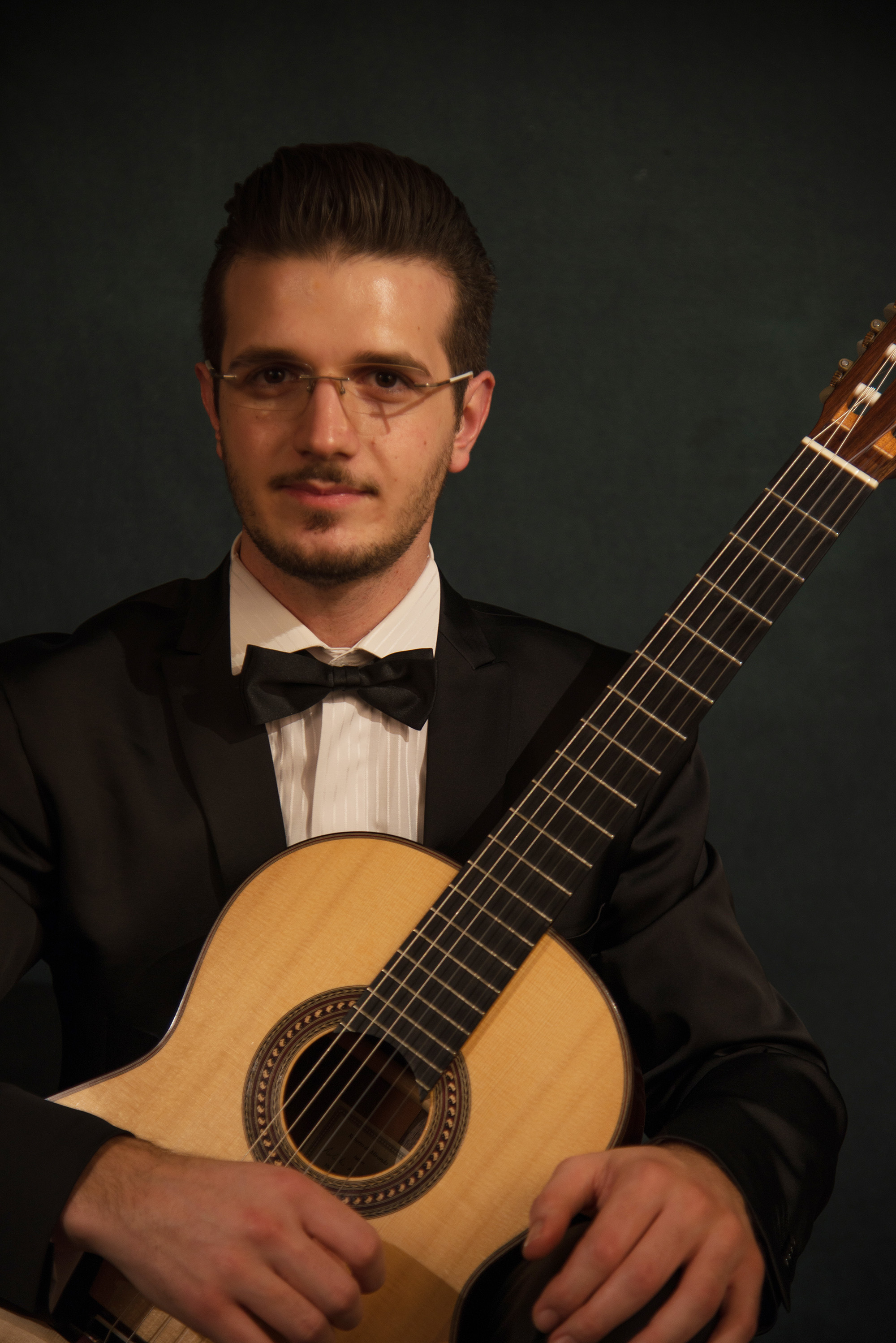