Petrit Çeku was born in Prizren, Kosovo, where he received instruction from Luan Sapunxhiu. In 2002 he moved to Zagreb, Croatia, where he continued his music education under Xhevdet Sahatxhija. Later he entered Darko Petrinjak's class at the Music Academy in Zagreb and graduated from the program in 2008. His first CD was released that year under the Naxos label. He currently studies with world-famous guitarist Manuel Barrueco at the Peabody Conservatory in Baltimore, MD. Çeku has won first prize in numerous international guitar competitions, such as the 2003 Anna Amalia Competition for Young Guitarists (Germany). The next year he won the Emilio Pujol Guitar Competition (Italy) and the Andrés Segovia Competition (Velbert, Germany). In 2007 he placed first in the Michele Pittaluga Guitar Competition (Italy). In 2008 he received first prize in the Schadt String Competition (Allentown, PA) and the Maurizio Biasini Guitar Competition (Italy). He has also appeared all over Europe and North America in solo recitals or accompanied by major symphonic orchestras. 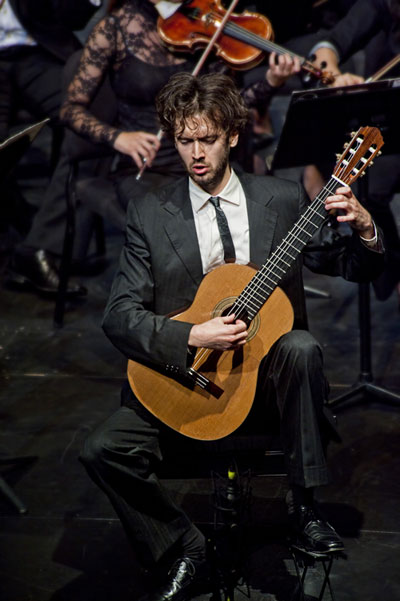